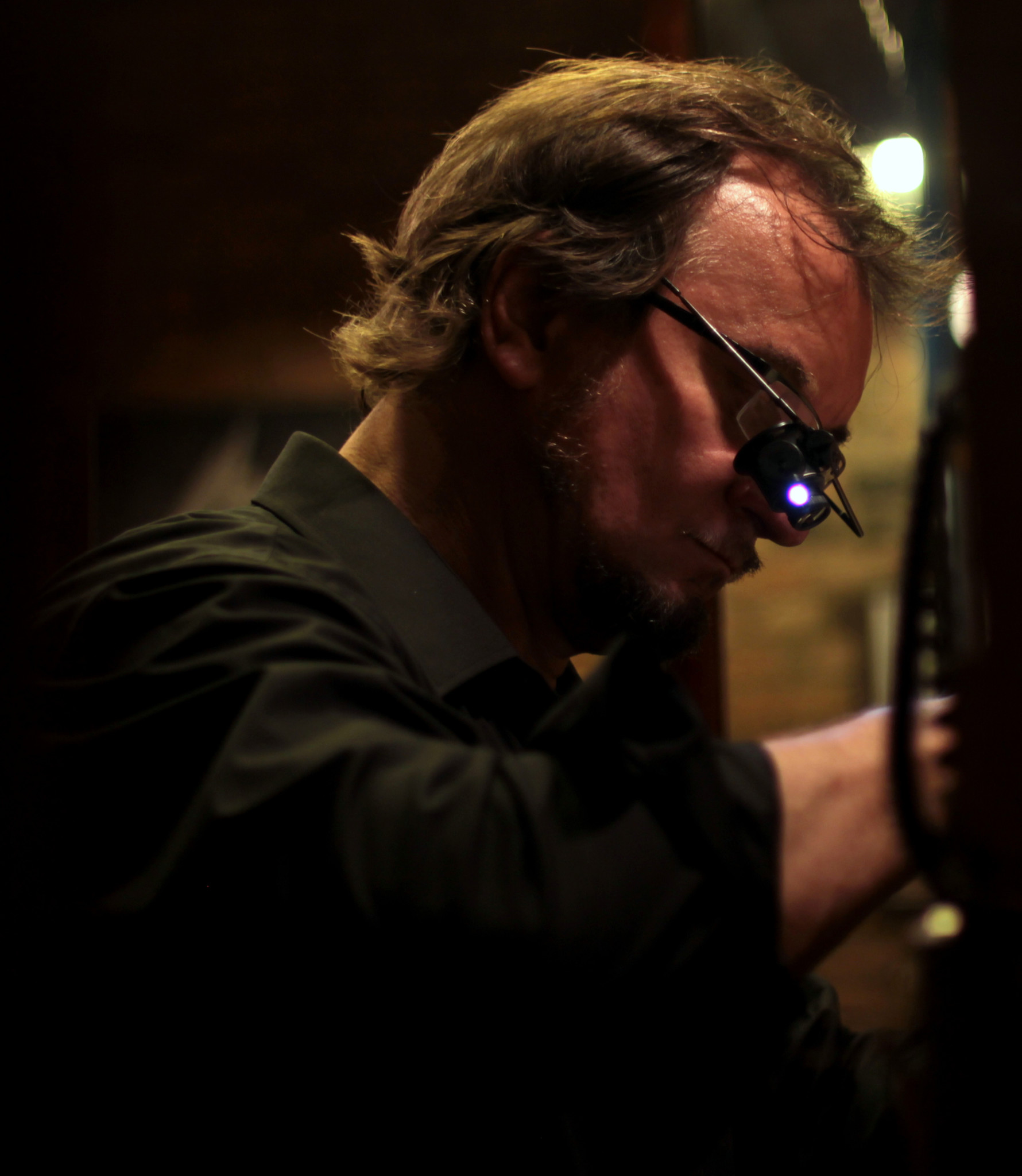 Artur Skorupski was born on May 27, 1962 in Kluczbork, Poland. He has been exposed to art since he was a child, learning about painting and sculpture from his father who was a jeweller and taught Visual Arts at a local school.

His journey with jewellery making began in 1981 with several internships under the tutelage of Polish master goldsmiths. While living abroad for several years, he polished his skills and enriched his knowledge at Birmingham City University’s School of Jewellery, as well as London Metropolitan University at the Sir John Cass Faculty of Art, Media & Design and Tony Tigg Setting Masterclass.
He mastered different methods of jewellery making, from primary methods of casting to state-of-the-art laser techniques. His other significant influences included Cathy Stephens (Leicester, England), Peter Keightley (Uppingham, England), and Ortwin Thyssen (Canterbury, England).
He’s always been fascinated by new art forms and techniques, which he develops by turning his unusual jewellery designs into reality, allowing him to work on his projects from start to finish and oversee how his inspirations become reality.
Photography is yet another form of Art he’s fascinated by and one of his biggest interests. He made his debut as photographer at the International Art Contest in Albenga, Italy, which won him 1st Place. Being a self-taught photographer, he had the luxury of exploring different styles and not limiting himself in his form of expression but rather , like a chameleon, react to his surrounding. He believes that, perhaps, there is some order in all this chaos around him, which sometimes makes it hard for people to believe his pictures were taken by the same person, but which, at the same time, allows viewers to find a piece of him in every photo he takes.
He returned to his roots in 2013 and moved back to Poland where he is currently running his own business, offering a full range of goldsmith and photography services. He remains open to new forms of art: ‘I don’t know what else is ahead of me. The very process of creating is so magical that it doesn’t matter to me what I make as long as it’s beautiful and evokes emotions, therefore it doesn’t need to be labelled.’